It looks like nearly every day there is another bizarre news story set in the state of Florida. And even though the weird and unusual things have always happened in this state, Florida has claimed its much-deserved honor as the weirdness capital of the United States of America.

Moreover, an analysis of Associated Press stories found Florida to be the nuttiest state in the USA, as measured by the news output that was coming from this state.

But the question all of us want to know is why? Why does this happen in Florida? What drives Florida to come up with such a huge amount of ridiculousness?

Well, there have yet to be any official conclusive studies on this exact topic, but I have some suspicions. 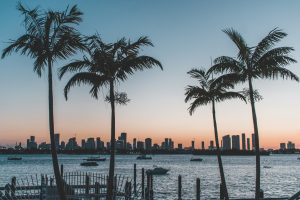 The majority of the population of Florida comprises people who were not even born in the state or not even in the US. The population comprises of several distinct and dissimilar groups of people, involving:

And there are many of them. Excluding the Disney tourists and snowbirds, Florida has around 21 million people, which makes it the fourth-most-populous state in the US.

So you can tell, if there are so many people from different cultures and different countries and states driving on the same road and residing in the same town, it’s no surprise that there are going to cases where people chase each other with machetes like a zombie apocalypse, plus the warm weather.

Laws Of The State

Florida’s government is not really careful or strict about maintaining the standards making it something called a “lax regulatory environment.”

Furthermore, the state has very loose bankruptcy laws, loose weapon laws, laws that prevent taking over of a house for late payment of debts, and no system to monitor the allocation of prescription drugs, and also it collects no state income tax.

Whereas many people come to Florida for a better life or warm weather, the state likewise attracts a group of people that come for more illegal or opportunistic reasons, and these people tend to get spotted in the headlines more often than the average well-behaved citizen.

Almost everyone knows that Florida is the main hub of craziness, that’s because the news from Florida travels faster than news from other parts of the country. Especially the weird news, of course.

And Florida’s reputation as a nutty wonderland propels its news into the national spotlight more frequently.

But now I think I have more than proved my point.